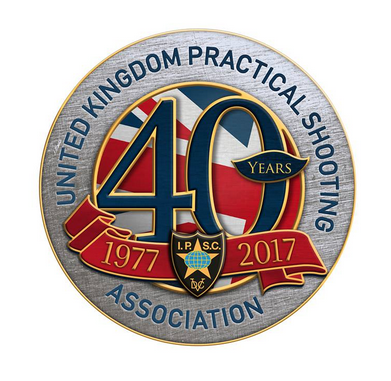 Cheshire Gun Room are proud to be working together with UKPSA to bring you all the information you need to get started.

What is practical shooting?

Practical shooting, is a set of shooting sports where the competitors are trying to unite the three principles of precision, power and speed, by using a firearm of a certain minimum power (calibre) to score as many points as possible during the shortest amount of time (or sometimes within a set maximum time). While scoring systems vary between organizations, each measures the time of which the course is completed, with penalties for inaccurate shooting. The courses are called "stages", and are shot individually by the shooters. Usually the shooter must move and shoot from several positions, fire under or over obstacles and in other unfamiliar positions. There are no standard exercises or set arrangement of the targets, and the courses are often designed so that the shooter must be inventive, and therefore the solutions of exercises sometimes varies between shooters.

The International Practical Shooting Confederation (IPSC) was established to promote, maintain, improve and advance the sport of IPSC shooting, to safeguard its principles and to regulate its conduct worldwide in order to cultivate the safe, recreational use of firearms by persons of good character. In May of 1976, the International Pistol Conference was held in Columbia, Missouri where sportsmen from around the world participated in determining the structure, organization, and future of IPSC marksmanship. A constitution was established and the Confederation was born.

In 1977 the UKPSA was formed to promote and regulate practical pistol shooting in the UK, and became England's regional affiliate of the IPSC. The association proved very popular, gaining international respect within the practical shooting community, and hosted many National, European and International competitions. Despite the 1997 Firearms Amendment Act in the UK, worldwide practical shooting is currently the second most popular international target shooting discipline and now the fastest growing. Most pistol shooting in the UK suffered severely after the handgun ban, which wiped out many shooting disciplines by removing the ability to participate. Practical shotgun has gained much popularity since the handgun ban, with numerous graded matches each year, and large entries to the European Practical Shotgun Championships.

Today the UKPSA fully supports Practical Shotgun, a demanding, testing and very rewarding discipline. Members have participated in three European Shotgun Championships since 2003, travelling to Italy, Greece and Czech Republic. Members also travelled to the USA for the first Pan American Shotgun Championships. Closer to home there is a full competition calendar for PSG, as well as Mini-Rifle (.22 rifle), Long Barrel Revolver (LBR), Gallery Rifle, Handgun, Action Air (Gas Powered Pistol), Rifle & more recently 3 Gun (shotgun, mini rifle & LBP). The competition season for shotgun and LBR now consists of several graded matches, some of which are at International level, and a major championship, the British Open. The venues continue to provide fresh challenges and new ideas and a special thanks must go to the range and build crews for their untiring efforts. These are exciting and challenging competitions.

Where can I participate in “Practical shooting”?

There are many clubs throughout the UK that participate in the sport; a couple (Rossendale Rapid Fire IPSC/UKPSA, & Diggle ranges NRA) are based in the North West. Both clubs are searchable online & via Facebook.

To join, please check out their website for more information:

Posted in News By

This site uses cookies. By continuing to browse this site you are agreeing to our use of cookies. Find out more here.
x